Auburn Airport recently held an event to feature the Ford Tri-Motor plane on Sunday, April 28th. This “Tin Goose” as it was affectionately named, flew in and out of the little municipal airport fifty-five times taking approximately two-hundred and fifty-five local residents for a bird’s eye view of Auburn and the surrounding areas.  The event attracted many local residents including a Triple Ace Fighter Pilot from World War II. Joining them was another Triple Ace Fighter Pilot Dean Laird! With only twenty-eight Ace Fighter Pilots still alive in the world, TGH Aviation was excited to be able to meet two of them! 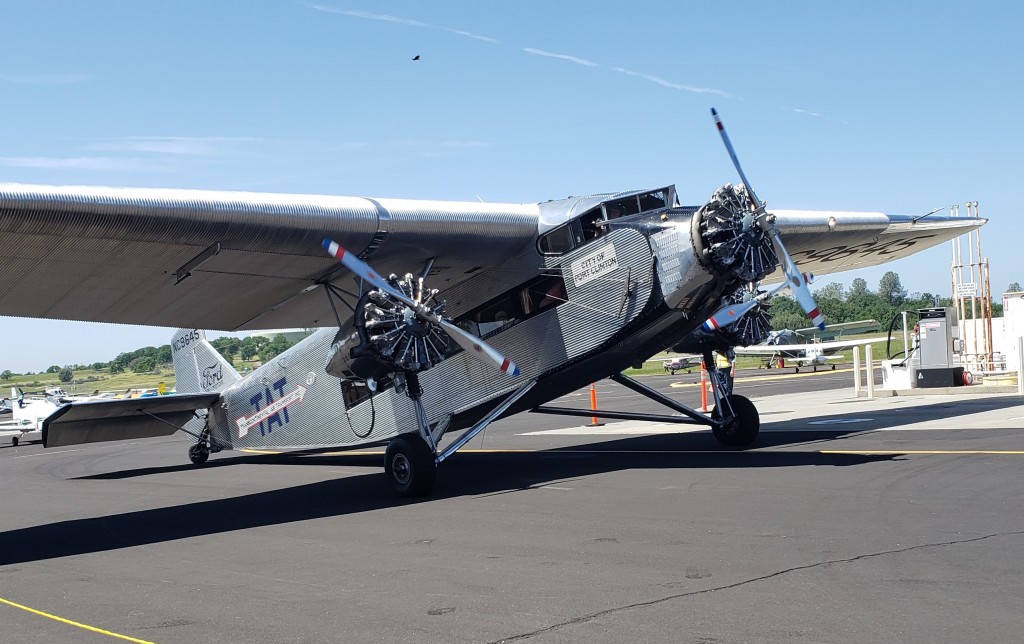 TGH Aviation has been in support of honoring local resident Clarence “Bud” Anderson, for quite sometime. They lead a committee to raise funds for the care of Bud’s statue that has been placed at the Auburn, California Municipal Airport. It stands tall and proud of the Fighter Pilot’s great achievements for his country and for aviation history. If you ever get the chance to fly in and take a look, it’s a pretty neat glimpse into the past. 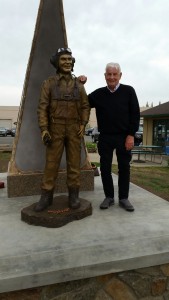 While Clarence waited for his flight on the Ford Tri-Motor, we spoke with him about his life here in Auburn, where he went to school and how he likes it here. We then asked him, “Who do you celebrate and honor on Memorial Day Bud?” Bud got quiet, choked up a bit and answered with a shaking voice, “Jack, of course, Jack Stacker” 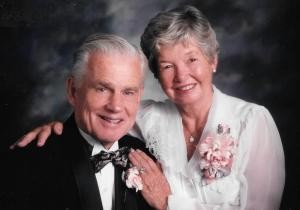 As boys attending Placer County Highschool, Bud and Jack were inseparable. The two of them talked about how they would fly high in the skies together. And they did! Joining one right after the other. Unfortunately, Jack was pronounced missing in action in the Auburn Journal, the local newspaper of Auburn, CA. Later it was determined he took enemy fire near Bremen, Germany and was killed.

His late wife Mrs. Eleanor Cosby Stacker received the telegram in mid-November in 1943. After her husband’s passing, Bud Anderson looked after Eleanor and eventually they were wed. The two of them were married for three weeks shy of seventy years! Eleanor passed in 2015 and Bud speaks fondly of her with tears in his eyes.

Clarence also celebrates other friends who are no longer with us, Jim Browning and Eddie Simpson. They are mentioned in his book, “To Fly and Fight”. You can learn more at www.cebudanderson.com. 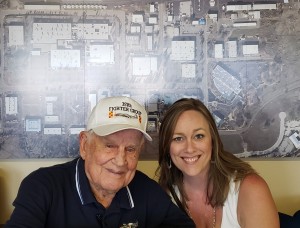 In closing conversation Clarence said strongly, “We don’t even know how many people were lost during World War II, what we do know is that nothing like that war should ever happen again on earth.”

There are many to honor, and during the month of May, TGH Aviation will proudly honor a Veteran Pilot each week. Keep updated through our Newsletter and Subscribing to our Blog at TGHAviation.com.